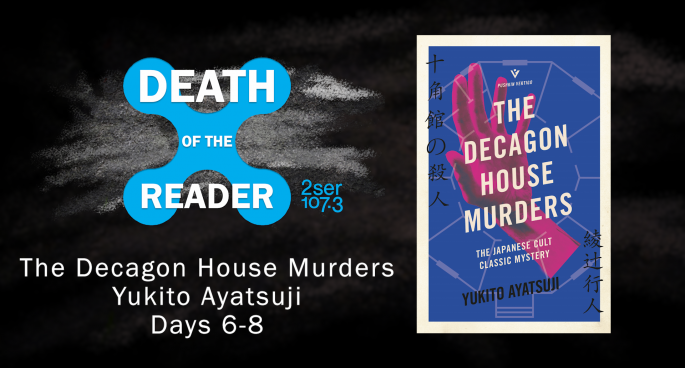 We discuss chapters 10-12, the sixth through eighth days of Yukito Ayatsuji’s ‘The Decagon House Murders’. When the Police see the island of Tsunojima light yet again, they set about trying to unravel the Decagon House Murders, recovering the six bodies of the K University Mystery Club, and the missing corpse from the earlier Blue Mansion Murders. Will they ever find out there’s one too few bodies on the island, or will the maligned Seiji be pinned with both incidents? The unfathomable ending to this iconic mystery looms!
We’re also joined by David Arrowsmith, the author of ‘Nevada Noir’, a short story collection set in the Silver State, to talk about the driving themes of the novel and the challenges of releasing independent work online.
Check out Part One and Part Two here!