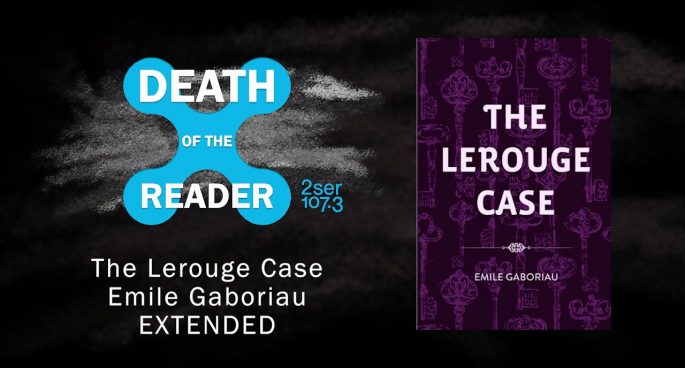 The Lerouge Case by Émile Gaboriau; a romantic French mystery novel with a few too many coincidences and one too many romances. Flex and Herds discuss this wild novel from top to bottom in this extended cut, featuring all 3 regular shows and a huge hour of extra content. Guests include Dr. Keith Rathbone, playwright Andrew Fallon, and Dr. Hsu Ming Teo.

Gaboriau’s book is an early mystery novel that some have argued was the piece that took the “whodunnit” to “detective fiction”. Arthur Conan Doyle may have described Gaboriau’s detectives as bumbling fools, but their influence on his writing on Sherlock is significant and distinct.

The Lerouge Case, or L’affaire Lerouge, was originally released as a feuilleton, a weekly serial story, as many written works of the day were, providing a structure unlike many other detective stories you may be familiar with.

For this episode, Flex was blind and Herds was the veteran. Listen in to see if Flex can solve it before Herds sways him from the truth as we solve L’affaire Lerouge.