The Master Key by Masako Togawa Part One 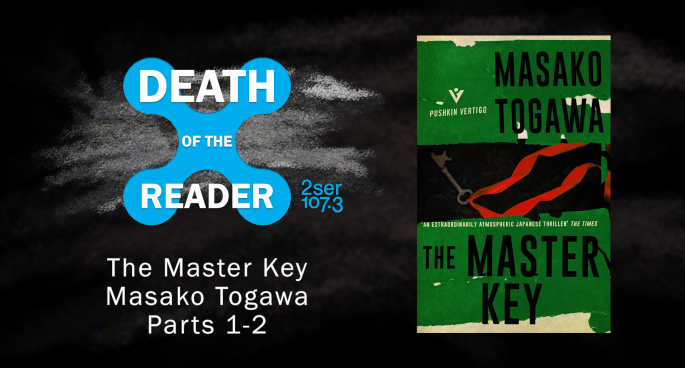 We discuss parts 1-2 of The Master Key by Masako Togawa. With three potential murders, no detective, no crime scene and seven years of subject matter, the standards of murder mystery are out the window and Herds is completely at sea. A home for single women founded after World War 2 is about to be hauled to a new site to make way for infrastructure decades after its initial opening. All the inhabitants are preparing for the big event, wherein the workmen have promised them that even a full glass of water won’t spill as the building moves. In the months leading up to the move, the Master Key has gone missing, and all manner of tumultuous events foreshadow something sinister. Can grim fates be prevented? We also speak with Karen Sullivan from Orenda Books about the challenges in finding translated works, running a small publisher, and the initial stages of our chaotic manuscript, which you can now read over on the 2SER website.
Check out Part Two and Part Three here!

The Master Key by Masako Togawa Part One