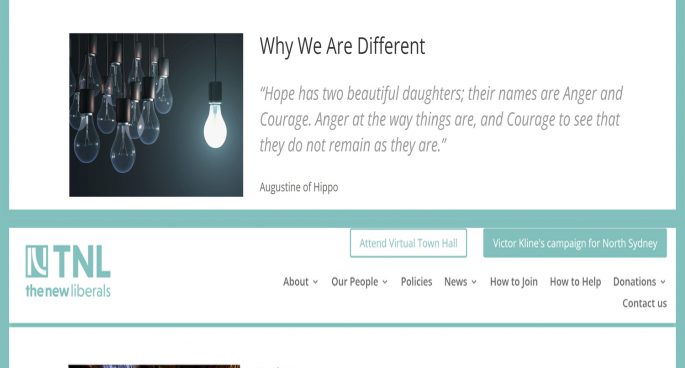 The New Liberals are a recently launched  party which asserts that the current Liberal Party is no longer genuinely liberal. They are also critical of the Morrison government’s record on climate change mitigation.

Featured In Story: Victor Kline – Leader of the New Liberals