The Shadows of Men by Abir Mukherjee Part Two 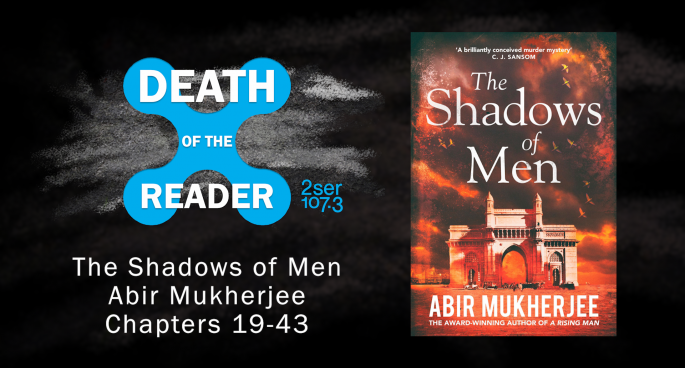 We discuss chapters 19-43 of Abir Mukherjee’s latest thriller, The Shadows of Men. Sam and Suren reunite with the elusive Colonel Dawson, who is both laden with revelations, and cut out from the revelations they actually need. In search of the remaining clues, Dawson flies them out to a familiar hill in Bombay, where they can corner their lead suspect, Farid Gulmohamed, and hopefully wrap this all up cleanly. Naturally, this does not go entirely as planned, and one problem is merely replaced with another.
We also speak with Abir himself about Sam and Suren, the motivations behind their characterisation, and what it was about ‘Death in the East‘ that pushed Abir back towards the thriller after his previous Christie homage.
Check out Part One and Part Three here!

The Shadows of Men by Abir Mukherjee Part Two