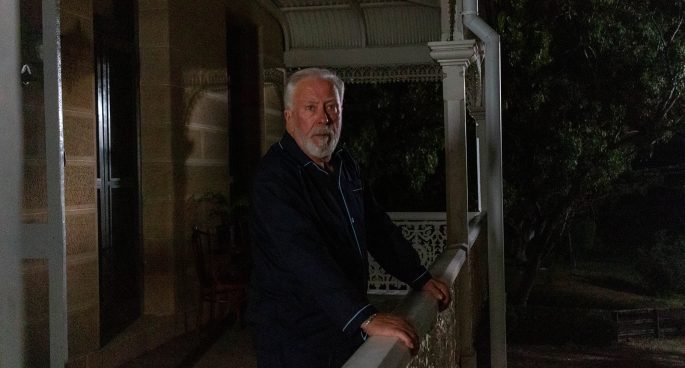 When a stranger arrives at an isolated farmhouse late at night, the farmer’s wife is convinced he’s trouble. In the light of day, she is forced to confront her prejudices.

‘The Stranger’ is a psychological thriller showing as part of Sydney Film Festival. The film is directed by Jenny Hicks, stars Aussie legend, Steve Bisley and is a finalist for the Dendy Awards.

This week, Ellen sat down with Steve Bisley to find out more.