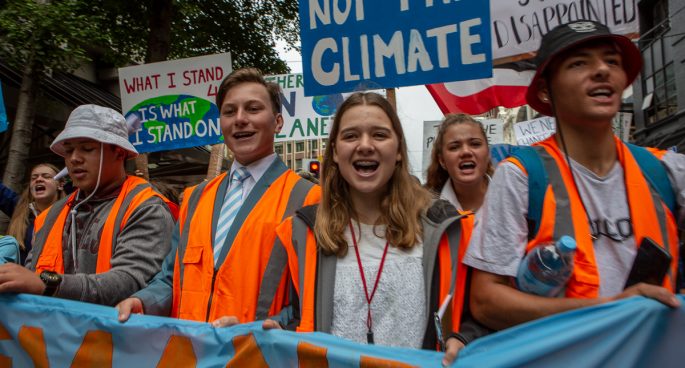 Let’s start with conspiracy theories relating to PM Scott Morrison, McDonald’s and 1977. Morrison at the Mid-Winter Ball at Parliament House this week broke his silence on the matter by responding to a question on the aforementioned conspiracy theory saying ‘it will remain the mystery of the ages’.

This week the Morrison government announced it would hold a review into the Family Court chaired by Kevin Andrews and Pauline Hanson. Hanson has already proven biased on this matter by attacking the family court and the ex-wife of her son in Parliament. She has claimed that ‘women invent stories to win favours in the court’ – wow.

Liberal MP Craig Kelly, a vocal climate change denier, has joined the debate on climate change saying ‘don’t be a sheep and think for yourself… everything you are told is a lie’ in response to thousands of school students striking across the country today for action against climate change – again, wow.

Today people will be marching for action against climate change. For more information and updates about the strikes taking place all around Australia go to School Strike 4 Climate. Sydney’s strike will be taking place in The Domain from 12pm – see you there!

Hear more about the week that was in the podcast above.