VIDEO PREMIERE: The Shrugs Make A Lo-Fi List Of Problems On HIGH FIDELITY 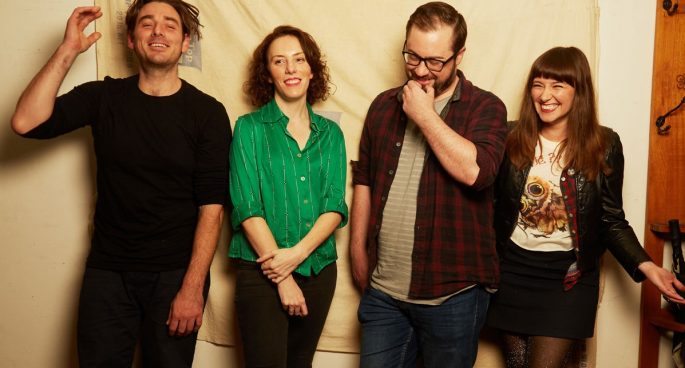 Sydney outfit The Shrugs have emerged from seasonal hibernation with a new music video for their tune, HIGH FIDELITY.
Featuring members of Imperial Broads, Face Command and Stammers, the Sydney 4-piece have been making a name for themselves around town with their infectious power-pop and garage fueled indie rock gems.
Not only do they take their cues musically from such 90s acts like Screemfeeder and Custard – but visually too – as High Fidelity comes complete with it’s own pixelated MS-DOS inspired lyric video that for some of you might bring back the horror of user (un)friendly command prompts, not to mention former unbalanced relationships..

Of the song, guitarist Jed elaborates; “High Fidelity is about being someone’s sounding board, someone’s agony aunt. That person in your life who is never interested in how you’re doing, just in unloading their baggage on to you. It’s not a two sided conversation, you’re just there to be spoken at.”

The Shrugs’s debut album It’s Not The World, It’s You.. is available now through Bandcamp, Spotify and itunes. Listen to it, live it and get out to Moshpit in Erskineville on the 7th September and sing it.