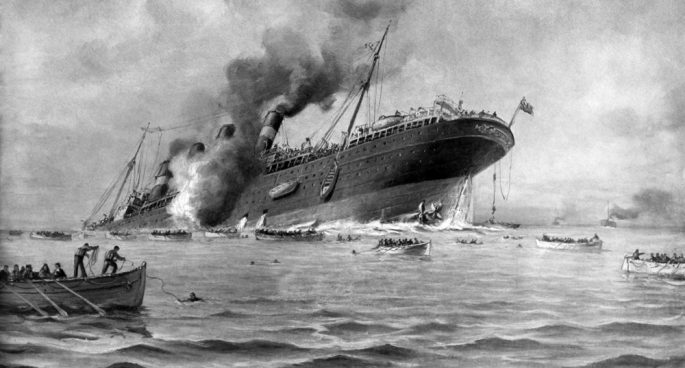 Grab a shovel and dig back through the strata of time with us to discover, on today’s date in 351 Jewish peoples of Roman Palaestina revolted against the rule of Constantius Gallus following Roman persecution. A German submarine sunk the famed British ocean liner RMS Lusitania, killing 1,198 people including 128 Americans and building support for the US’ entry into World War One, and Canadian Patrick Morrow becomes the first person to climb each of the Seven Summits, the highest mountains of each of the seven traditional continents. Plus celebrating birthdays for Tchaikovsky, Gary Cooper, Thelma Houston, Eagle-Eye Cherry, and Bill Kreutzmann of The Grateful Dead!

The Grateful Dead – Box of Rain