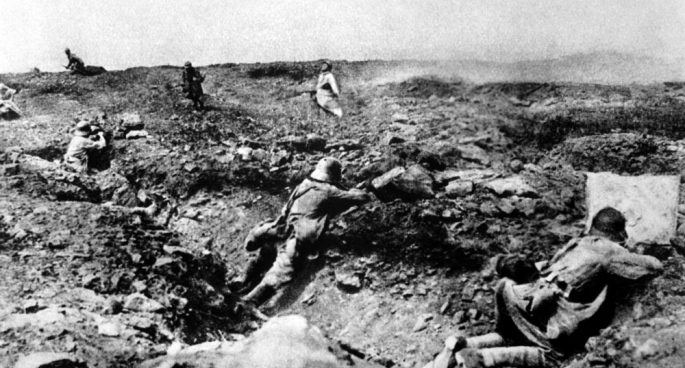 Today, or so the scribes say, the Roman Senate chose the emperor’s successor for the last time when the army relinquished the right, unfortunately they did not pick someone a little hardier. The Second Battle of Champagne kicked off as a French offensive that would eventually push their line 4kms but at the cost of 145,000 casualties, and an explosion in a natural gas plant in Victoria’s Gippsland Region killed two workers and injured eight others. Plus birthdays for Christopher Reeve,  Mark Hamill, Childish Gambino and Perfume Genius!

Perfume Genius – To Lay Me Down ft. Sharon Van Etten and Friends