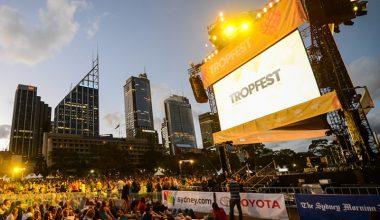 Sydney’s iconic short-film festival will be relocating to world heritage listed Parramatta Park in 2017. After its sudden cancellation in 2015, Tropfest is back and better than ever and will be held in western Sydney for the next three years. Today we spoke to the CEO of Tropfest, Ben Bartlett, who gave us some insight on the move and what we should expect from Tropfest’s pineapple-themed 25th year anniversary next February.