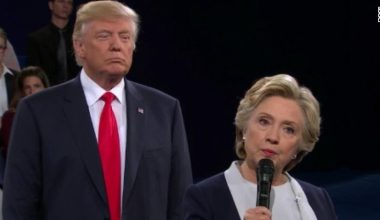 The second presidential debate rolled through yesterday, with Trump declaring his own triumph. However it seems as though the debate itself was much less enjoyed by audiences around the world than it was by Trump himself. The New York Times has criticised the much anticipated dispute, saying the modern debate is less about sustaining an argument then it is about generating news clips and viral memes. Murray Olds joined Nic in studio to recap the face off.