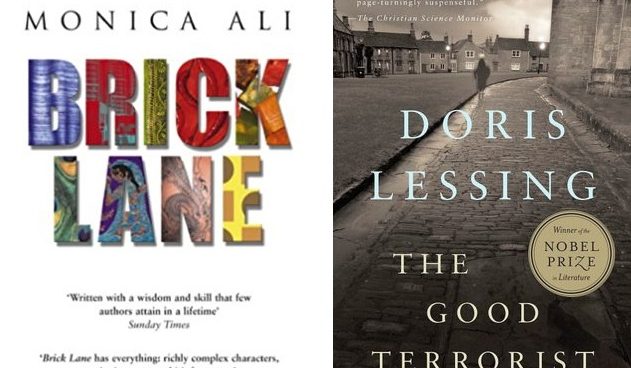 Andrew Pople from Final Draft is back for another year of Tuesday Book Club! Fresh off the plane from London, Andrew shared a couple of titles from his holiday reading list that helped him connect with the British capital beyond its tourist hotspots.

Monica Ali’s “Brick Lane” tells the story of Bangladeshi migrant Nazneen, who arrives in London for an arranged marriage at the age of 18. In her new metropolitan home, she encounters a series of personal and political awakenings, discovering her identity as a woman and negotiating issues of race, gender and political radicalism in the UK.  Brick Lane is a timely piece, as the UK continues to wrestle with issues of identity, and the resurgence of overtly racist idealogues in national politics.

Doris Lessing’s novel “The Good Terrorist” (1985) follows naive drifter Alice, an unemployed graduate who finds herself living with a group of radicals drawn to the struggle of the IRA. Like “Brick Lane”, “The Good Terrorist” gives readers a fascinating insight into a grittier part of London life and history.