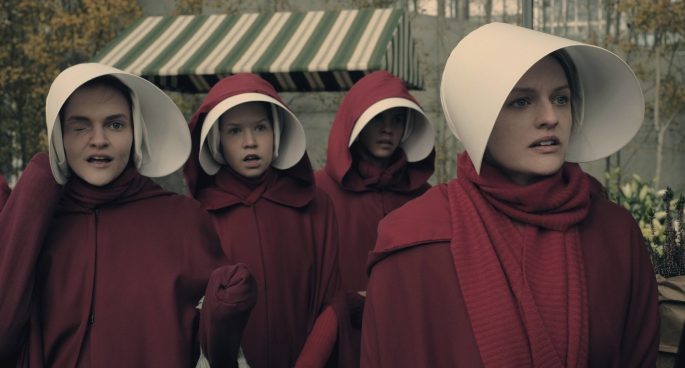 This week for Tuesday Book Club, Andrew discussed the latest on-screen adaptation of Margaret Atwood’s dystopian novel “The Handmaid’s Tale” (1985). Season One of Hulu’s portrayal left the audience on a cliffhanger, and Season Two further investigates issues of the free press and Atwood’s warnings for modern day America. Engaging the audience with both Atwood’s literary creation and the real world, the television series also takes a look back into how Gilead became the way it is. Andrew and Tess also discussed whether it’s okay for a television series to overtake the storyline of the book it’s based on.