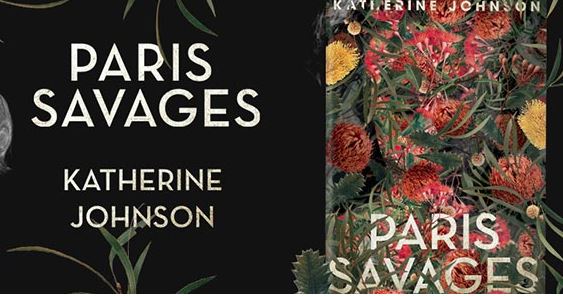 Set in 1882, following the brutal massacre of the indigenous people of Fraser Island, the Badtjala people, German anthropologist Louis Müller offers to bring three Badtjala people to Europe. The three Badtjala people who travel to Europe, Bonny, Jurano and Dorondera take this trip as an opportunity to bring their people’s plight to the Queen of England, all whilst performing to large crowds in Hamburg, Berlin, Paris and London. The shows they perform resemble that of the American showman PT Barnum, with unique dances, singing, fights and pole climbing. However, when disaster strikes, Bonny must find his way back home.

Although the story is fiction, it woven into real events, particularly the decline of the Badtjala people and the big business of circus shows/human zoos in the late 1800’s.

The inspiration behind Paris Savages was Katherine Johnson’s discovery of a life-sized plaster cast of a man named Bonangera (also known as Bonny) at the Musée des Confluences in Lyon, France.