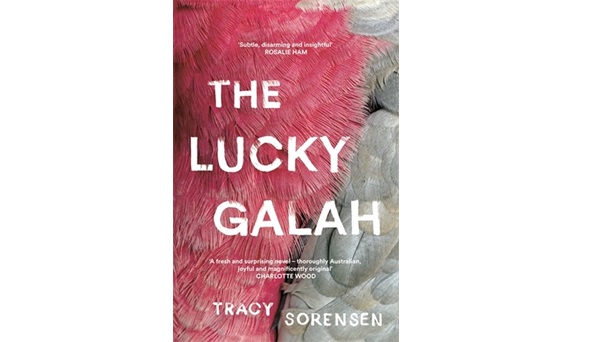 This week Andrew Pople brought in another piece of Australian fiction in the form of Tracey Sorensen’s debut novel “The Lucky Galah”. The novel is partially narrated by a galah- yes, a galah- named Lucky, who lives in a cage at the back of the Kelly household.

Lucky, who has learned to speak and think in English, observes the goings-on of the coastal town of Port Badminton in Western Australia. This includes the construction of a NASA satellite dish, which is to play a part in the 1969 moon landing, and which Lucky can receive transmissions from. She also watches the lives of the Kellys’ neighbours, which aren’t quite what they seem on the surface. The book thoughtfully demonstrates that while community is a place of belonging, it can also be inescapable.

If you’re after an interesting novel from the perspective of a tea-drinking, biscuit-eating native Australian bird, this is the book for you!
Listen in to 2ser’s Final Draft this Saturday to hear Andrew chat with Tracey herself about her debut novel.