Turkey-Greece Refugee Crisis: Tensions Mounting on the Island of Lesbos 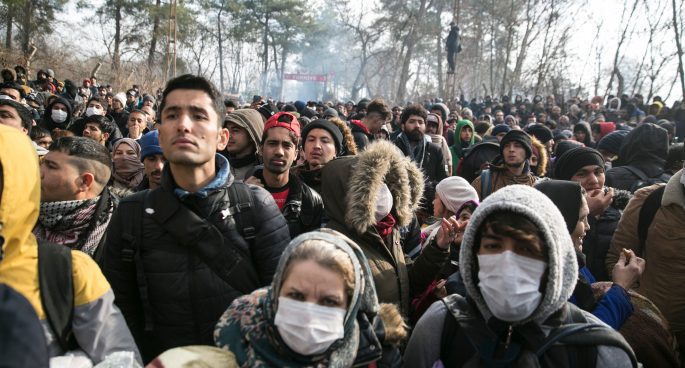 Tensions have mounted on the Greek island of Lesbos, as almost 35, 000 refugees have gathered at the border seeking asylum. After Turkey’s decision to reopen its borders, an influx of Syrian refugees have flooded Greek shores. However, Greek authorities have refused the entry of the refugees, repelling desperate women and children with rubber bullets and tear gas. Consequently, thousands of Syrian refugees are stranded in makeshift campsites on the Turkish side of the border. Talks between EU and Turkish leaders in Brussels this week have yet to yield any resolution.

However, there are increased humanitarian concerns that refugees are being used as political pawns between the escalating conflict between Turkey and the EU. We were joined by Associate Professor Claudia Tazreiter from the University of New South Wales to discuss this refugee crisis in Greece.

Turkey-Greece Refugee Crisis: Tensions Mounting on the Island of Lesbos