Institute of Public Affairs Predicts Spill, But Not In Turnbull’s Favour 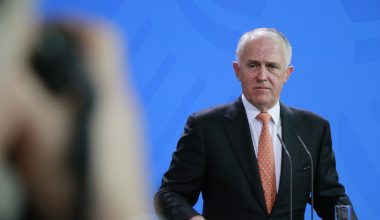 It’s been a year since Malcolm Turnbull’s narrow election victory and to commemorate this one year anniversary, the Institute of Public Affairs has broken their silence on the state of politics. They’ve said the Liberal party is facing an ‘ existential crisis’ after a horror week that exposed deep wounds from which it may never recover. It’s been predicted Turnbull could face a leadership spill by Christmas, while right wing voters give their votes to Cory Bernardi’s Australian Conservatives.

To discuss this and weigh in on the prophecies over the fate of the federal liberal party, The Daily was joined by intellectual historian and political theorist, Dr Steve Chavura from Macquarie University.

Institute of Public Affairs Predicts Spill, But Not In Turnbull’s Favour

This week we have a special interview with Anne…

Just recently the NSW Government has started to change…

Tasmania has always been heavily reliant on renewables for…

Amidst rising tensions with China, the Chinese government has…