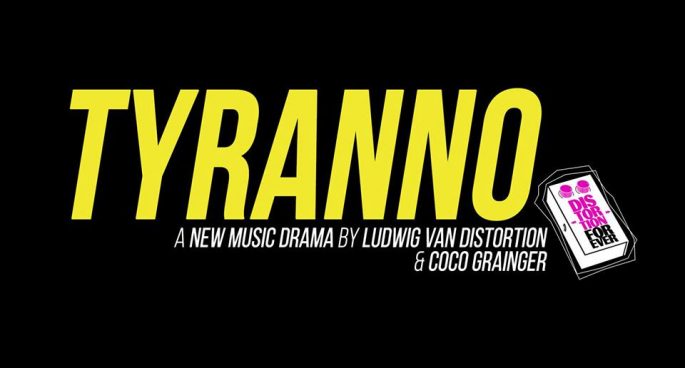 Has art being politicised? Is the western cannon still valid? Are political ideologies making people vile?

Tyranno is a new musical drama presented by Distortion Forever. It is labelled as dark, topical, humorous and brutal all in one, and raises these controversial, societal questions.

The show will premier in early August, where themes of Western Art, Free Speech and Offensive Language will be explored, and the authority of societal power and innate beliefs will be questioned.

So Hot Right Now producer Laura Mazzitelli chatted with Coco Grainger & Ludwig Van Distortion, who are the co-writers, producers, and directors of the show, to discuss their provocative musical drama.