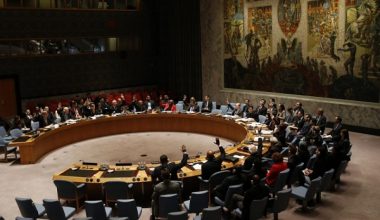 Russia has been strongly accused of war crimes by UK ambassador to the UN, Matthew Rycroft. During the emergency security council session on Syria, He stated that “yet again, Aleppo is burning. And to cap it all, water supplies, so vital to millions, are now being targeted, depriving water to those most in need. In short, it is difficult to deny that Russia is partnering with the Syrian regime to carry out war crimes.” The Daily discussed the latest developments in the Syrian conflict with Dr Binoy Kampmark, Senior Lecturer and researcher in the School of Global, Urban and Social Studies from RMIT University.