Unpacking Gender Issues in Sport and the Comments of Raymond Moore 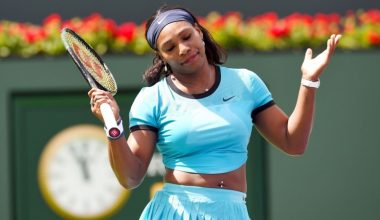 Last week the CEO of the Indian Wells Masters, one of the biggest tennis tournaments in the US, Raymond Moore was pushed to resign after his wildly inappropriate comments about women in tennis, “…in my next life, when I come back, I want to be someone in the [Women’s Tennis Association] because they ride on the coattails of the men. They don’t make any decisions, and they are lucky. They are very, very lucky. If I was a lady player, I’d go down every night on my knees and thank God that Roger Federer and Rafa Nadal were born because they have carried this sport. They really have.”

This isn’t a one off slighting of sportswomen, and it was followed by Novak Djokovic’s push for men’s prize money to be increased above women’s. Meanwhile on home turf our national women’s soccer team, The Matildas are facing financial marginalisation. The Daily was joined by Dr Daryl Adair, Associate Professor of Sports Management at UTS, to discuss issues of gender equality in sports.

Unpacking Gender Issues in Sport and the Comments of Raymond Moore