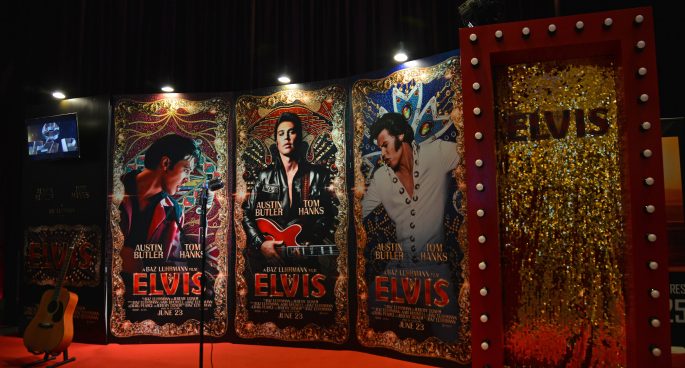 It can be tricky deciding what’s worth watching or listening to these days. So much television, so many albums! How do you make sense of it all? Well have no fear, 2SER’s Wayne Massingham is here! Wayne’s got you covered with reviews of the best new films, music and television.

Director Baz Lurhman’s first film in nearly a decade is about the life and music of Elvis Presley. Filmed in Australia and staring Austin Butler as the titular Elvis, the film is an exuberant and extravagant affair, featuring fantastic music sequences that illuminate the King’s life from his childhood to his residency shows in Las Vegas. If you love Elvis you’ll love this film and if your curious about the life and legend of pop culture’s first superstar, Elvis will give you a show you won’t soon forget.

Elvis is out now in all cinemas. Watch the trailer here.

Bartees Strange’s latest album is an extension of his great musicianship. Touching on indie rock with a bit of soul and hip hop in the mix, Farm to Table features great guitar work and artistic aspirations and commentary.

Farm to Table  is available now at Spotify and Bandcamp.

Television: The After Party, Apple TV+

A modern take on the classic whodunit, The After Party is about a high school reunion that ends in murder and the hilarious attempts to discover who is responsible. A well written and very funny comedy, After Party stars Tiffany Haddish, Ben Schwartz and Sam Richardson.  Each of the 8 episodes focuses on a character’s point of view, what they did at the party, what they remember and what they might be hiding. A show more about funny characters than scary murder, the After Party will leave you scratching your head and holding your sides from laughter.

The After Party is available on Apple TV+ now. Watch the trailer here.

Damien Jurado’s 18th album in 25 years is a one man show that showcases his prolific talents. Writing, producing and performing stories on the concept of movie sets, the album is a melancholy, hushed and quietly spoken collection of songs that draws out the beauty and quiet desolation of Jurado’s songwriting.

Reggae Film Star is available now on Spotify and Bandcamp.