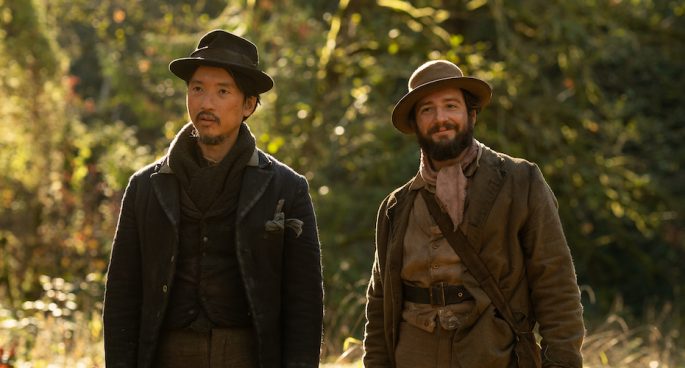 Have you been looking for something to watch this week? Need recommendations for a new show, movie or album? Well, it’s that time of the week again and we have just the guy for you. Four reviews, two minutes each, this is Wayne’s 4 x 2 media reviews.

From Director Kelly Reichardt, ‘First Cow’ is a slow burn, unusual and idiosyncratic film about two men’s elaborate scheme which revolves around a humble dairy cow. Its a fantastic drama about human connection and relationships, and if your standard drama is “fast food” then ‘First Cow’ is more like “slow food”. First Cow is currently showing in Australia at independent cinemas, but will likely arrive on home release very soon.

This 5 episode drama series revolves around three gay young men in London at the height of the AIDS crisis during the 80s. Across its episodes, ‘It’s a Sin’ takes its audience on a ride with moments of soaring heights and scenes of genuine heartbreak. Hard hitting, emotional, and beautifully acted, ‘It’s a Sin’ is a must watch. You can stream all 5 episodes right now on Stan.

Now a solo artist going by ‘The Natvral’ (The Natural), former ‘The Pains of Being Pure at Heart’ member Kip Berman comes to us with Tethers. Featuring gorgeous sound, great melodies, and an absolutely wonderful use of the organ, Tethers is carries itself as a sleeper hit of an indie album. You can listen to Tether right now on Spotify, or purchase the album from The Natvral’s Bandcamp.

Fisk follows the story of a Helen Fisk, a big city lawyer who loses her job and has to start work as a suburban lawyer. Funny and interesting from start to finish, Fisk hosts a wonderful cast of main characters. It’s also good to see Australia embracing the idea of local drama series more and more, and pulling it off so well. Though with the main cast of characters being the big draw, unfortunately Fisk falls off a little with its supporting characters, who feel a little flat and one-dimensional. Other than that one minor gripe, Fisk is definitely worth a watch. You can stream Fisk right now through ABC iView.