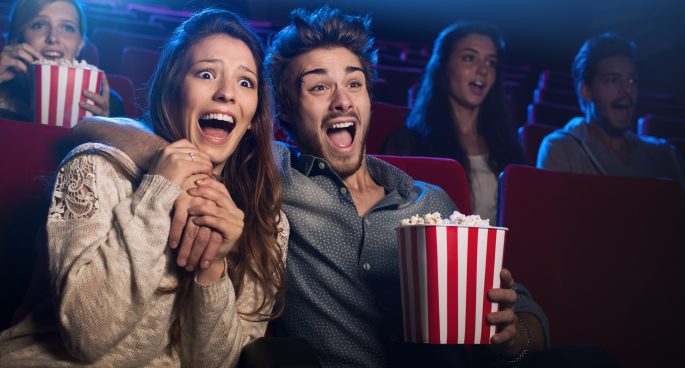 Wondering what to watch or listen to this week? Only want the best in entertainment? You’ve come to the right place.

Wayne Massingham is here to give us the scoop on the latest and greatest in music, television and movies.

Directed by Juho Kuosmanen, Compartment No. 6 follows the journey of a young Finnish woman studying archaeology in Moscow, who takes a train trip to study the Kanozero Petroglyphs in Murmansk. She shares her train compartment with a gruff Russian miner who is also travelling to Murmansk. As they spend time together a strange bond begins to develop between then. A well acted and beautiful human film, Compartment No. 6  is European Cinema at its finest.

Compartment No. 6 is in cinemas now. Watch the trailer here.

This Sydney band’s third album is a genre defying powerhouse. Being everything from doom jazz, to hardcore, to psychedelic and industrial music, lead saxophonist Kirsty Tickle and percussionist Jonathan Boulet write music with ferocious power and creativity. Featuring Nick Cave on the track ‘Macca the Mutt’, Real Work is unlike anything you’ve ever heard.

Real Work is out now on Spotify and Bandcamp.

Wrapping up its fourth and final season, Ozark concludes the story of a Chicago money launderer who relocates to the Ozark mountains after his partner robs the Mexican cartel they work for. Promising to rebuild the laundering relationship, Marty Bryde, (Jason Bateman) moves his family to the Ozarks and begins a dark odyssey of backstabbing, one-upmanship and testing trust.

Ozark is available now on Netflix. Watch the trailer here.

This series follows Sam (Bridget Everett) who returns to her rural Kansas town after the death of her sister. As she processes her grief, this touching and funny show explores what it means to fit in, be a friend and finding acceptance in the people around you.

Somebody Somewhere is available to watch now on Foxtel. Watch the trailer here.