Wayne’s 4×2 – A Hidden Life, Likewise, Shrill and Have We Met 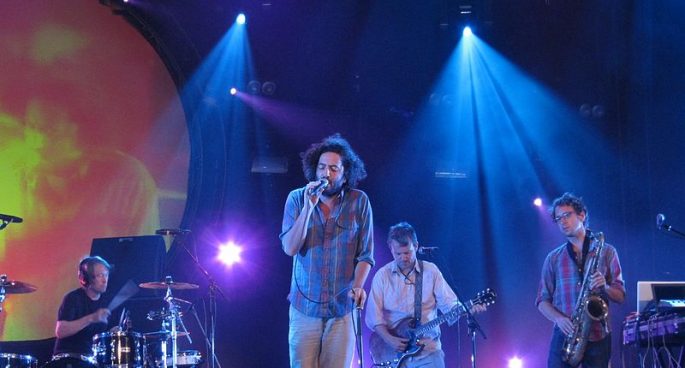 Are you looking for the perfect film to watch on Valentine’s Day? Maybe a nice album to listen too over a cup of coffee? As always, our resident culture vulture Wayne Massingham is here with his helpful 4×2. 4 reviews, each two minutes long; for the culture connoisseur in a rush.

Film: A Hidden Life – Auter Terrence Malick returns with this masterful period piece set in Austria on the outbreak of WWII, The film, which follows a man who refuses to fight for the Nazis, is currently in theatres. Recommended for those who want an emotional experience.

Music: Likewise by Francis Quinlan – The debut solo album from Hop Along frontwoman is a quieter affair that makes wonderful use of her unique voice. Catch it on Spotify or pick up the album where good music is sold.

TV: Shrill – A funny and emotional comedy about an overweight young woman who wants to change her life – but not her body. Season two of this sharply satirical comedy is currently streaming on SBSOnDemand

Music: Have We Met by Destroyer – Dane Bejar’s 12th album is filled once again with his cryptic, poetic lyrics, and sees him branch out into some more synth tones and tunes. Stream it on Spotify here, or buy it where you buy your great albums

Wayne’s 4×2 – A Hidden Life, Likewise, Shrill and Have We Met