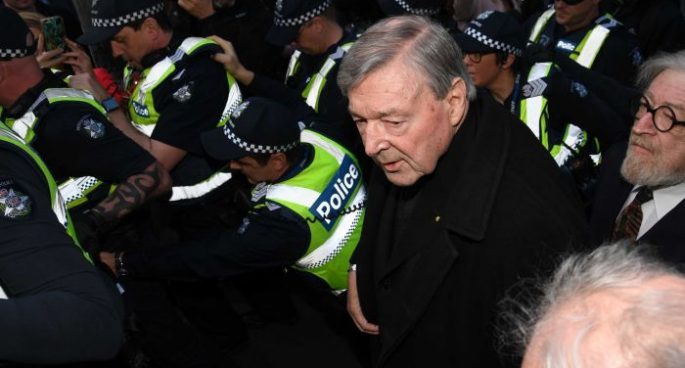 Geoff and Nic sat down to reflect on a big week of news.

Cardinal George Pell appeared in a Melbourne court, pleading not guilty charges of historical sexual assault. A man was shot dead at Central station after police responded to reports of an armed robbery. Prominent Australian Indigenous artist, Dr G Yunupingu, died at the age of 46.

In #AusPol, Tony Abbott’s Warringah motion for NSW pre-selection reform was passed by the Liberals. Prime Minister Malcolm Turnbull publicly backed Bill Shorten’s call to introduced four-year fixed terms of parliament. Matt Canavan stepped down from cabinet due to his dual citizenship… and 21 politicians are yet to confirm their own citizenship status’.

President Trump’s press secretary Sean Spicer resigned and was replaced by Anthony Scaramucci. Trump’s son-in-law and senior adviser denied allegations that he colluded with Russia during the 2016 campaign.

Police made a whopping 267 drug-related arrests after Splendour in the Grass and indoor plants once again made headlines due to their stress-relieving abilities.