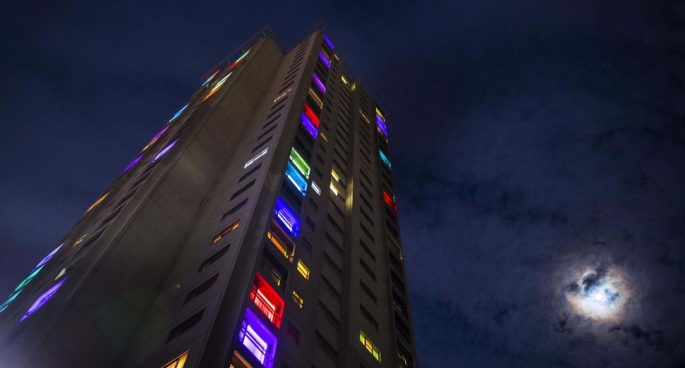 Since 2015, the NSW State Government has stated its intention to relocate residents in Waterloo’s iconic housing estate to make way for a new complex of high-density “mixed housing” alongside a new Metro rail station.  The project has raised serious community concerns for the thousands of residents set to be displaced by the project.

In response, local artists and residents have launched the #WeLiveHere2017 community art project, a campaign named after Waterloo’s postcode. Nic talked with project producer Carolina Sorenson about how the project has lit up hundreds of windows in the Waterloo tower buildings, shining a light on the upheaval of public housing relocation and pushing back against the prevailing forces of rapid urban redevelopment in Sydney.

Head down to Waterloo to check out the installation, which officially concludes on October 1.  The #WeLiveHere2017 team is also producing a documentary, set to be released in 2018.