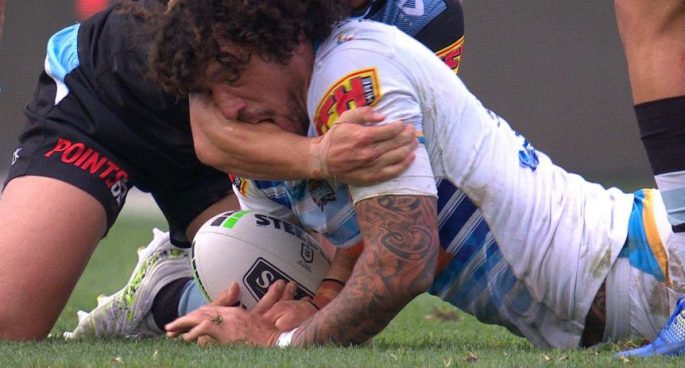 This week on Across The Park, we start to believe we are a dating show. Then we become convinced phrases that are often said are wrong, for example we believe the saying should be “abstinence makes the heart grow fonder” and “love means never having to say sorry before, during, or after sex”. We discuss the fact we never involve the audience and how we can change it, then we get into being a rebound, Mick talks about his social soccer assists, Gaby talks about taking her niece to swimming lessons, Joel talks about his trip to the golf course, Chloe McCardel swims the English Channel for the 35th time, Kevin Proctor trying to eat Shaun Johnson, Joel Thompson’s split tongue, Paul McGregor finishing on a high, Jack Newnes goal to win, Adelaide Crows’ having not won a game all season, some A League news, cycling during hail, insane MotoGP crashes, and Mick does a game!