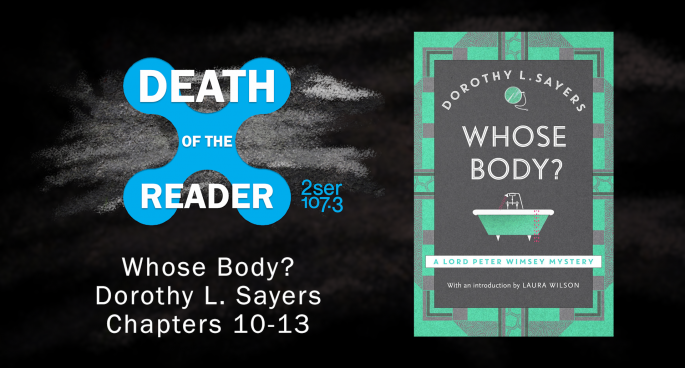 We discuss chapters 10-13 of Dorothy L. Sayers first novel in her Lord Peter Wimsey series. Are murder mysteries realistic, you ask? As the scope tightens and we laser focus on the actions of our lead suspect, Lord Peter Wimsey sits down with a medical student who thinks the genre has unrealistic holes in its premise and debates the point. Unfortunately for the student, they are a character in a murder mystery, so they’re fated to lose this fight and recover their lost memory of the final clue for the case. The requisite confession letter arrives, and we learn the true nature of the ‘genius’ behind this crime.

We also speak with Westender and debut novelist Jamie West about his upcoming release ‘Death on the Pier‘. In Jamie’s revival of the decades-lost Brighton Palace Pier Theatre, an actress is shot under the cover of her character dying in a play, and it falls to Bertie Carroll to translate the oddities of theatre to his old friend, Chief Detective Inspector Hugh Chapman. Get subscribed to Death of the Reader’s podcast to hear the full spoiler discussion when the book launches in October!