Will negative gearing push house prices up or down? 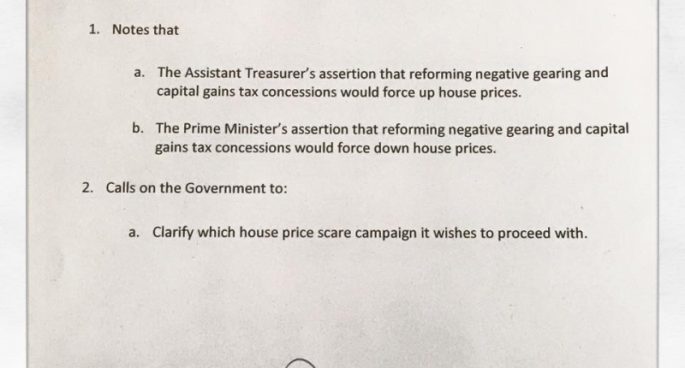 The federal government seems to have its messaging about changes to negative gearing confused, with Prime Minister Malcolm Turnbull saying Labor’s proposal to limit negative gearing to new properties will ‘smash the housing market’ by pushing prices down, and Assistant Treasurer Kelly O’Dwyer saying it will push housing prices up. So which one is right? And is it about time we took on negative gearing? Economist Steve Keen says far from being a policy which has helped mum and dad investors to build wealth, it’s been a policy that has largely favoured Australians who are already wealthy, and that property speculation has pushed Australia to the number one spot in the world for personal debt.

Will negative gearing push house prices up or down?