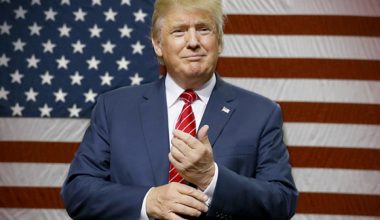 The battle for presidency continues to get interesting as recent news has emerged that the New York-based Trump Foundation is not registered and has been banned from soliciting any donations according to State Attorney General, Eric Schneiderman. Nic caught up with Murray Olds to chat about whether this scandal will jeopardise Donald’s presidential run and to discuss comments he made about PTSD and American war veterans.