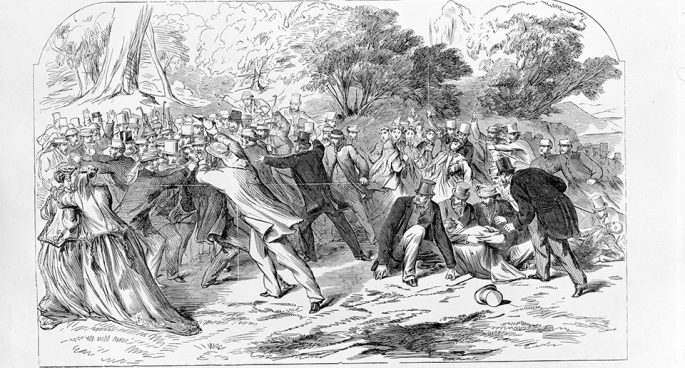 In the late 1860’s, Henry O’Farrell tried to shoot the visiting duke of Edinburgh, Prince Alfred. Even though Prince Alfred was only wounded and not killed it was enough to get O’Farrell hung in no time. It was from this that Sydney’s Royal Prince Alfred Hospital was named, as a reminder of such a colossal event in Sydney’s History.

The event really set off an anti-Irish feeling in Sydney which took years and years to overcome. Nic spoke with Nicole Cama from the Dictionary of Sydney and delved a little deeper into the ins and outs of why this happened and how it has affected history.