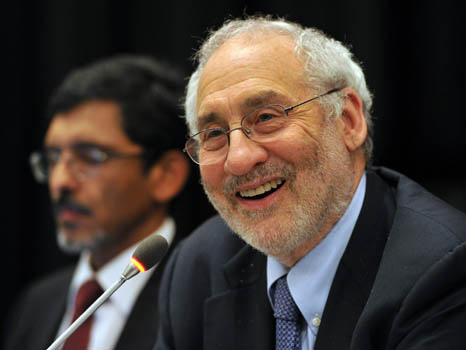 The Sydney Peace Foundation will award Australia’s only international prize for peace, the Sydney Peace Prize, to American economist Professor Joseph Stiglitz. The ceremony is to be held this Thursday, 14 November, at 6:30pm at Sydney’s Town Hall, and will begin with an opening address by Professor Stiglitz himself.

Joseph Stiglitz has emerged as a leading voice on global inequality, and the economic causes that lead to world division. A former Nobel Memorial Prize winner for his work in economic science, Stiglitz has used his expertise to explain 21st century circumstances.

Past recipients of the prize include renowned advocates for peace, equality and justice, including film-maker John Piljer, and last year, the Black Lives Matter movement. The Prize is a nationally and internationally respected title, which recognises figures from all parts and places of the world.

To learn more about this Thursday’s event, and the Prize itself, Tess spoke with Sydney Peace Foundation’s director, Marianna Brungs.