Gold Class drum up all the feels 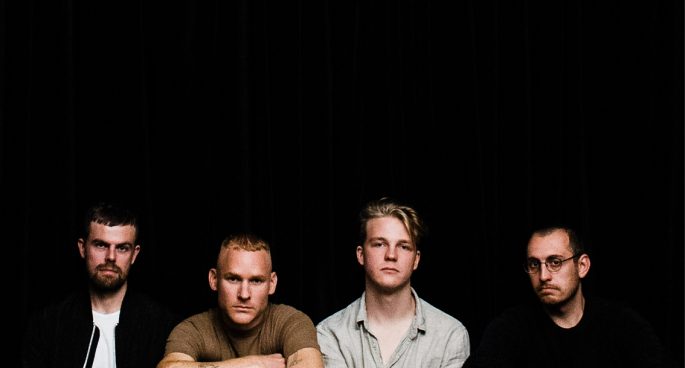 New music from Gold Class, The Nature Strip and more . .

Gold Class’ defiantly old school drill exercise in post-punk has sharpened up even further on album number two, Drum. The Melbourne band are as enthralling as they as exacting, sounding like Morrissey backed by Gang of Four so much that you might think they’re part of a corporate plot to bring anoraks back in fashion. But theirs is a serious take that also underscores the influence of 80s US hardcore both in energy and emotional vulnerability. It’s striking how feeling this band is, and that there is the key to their vitality, far removed from any idea of mere pastiche.

Also somewhat on the old school, tip is Sydney band The Nature Strip, and on their new album Beetle Bones, also coming straight from the heart. Featuring some old hands from Sydney’s indie music scene, The Nature Strip makes classic power-pop rife with sweet harmony and bulk it up with loads of technicolour twists. Having two songwriters in the bands gives Beetle Bones a great dynamic, bounding forth with an elastic sense of melody and a very sweet sense of whimsy. It’s likely these guys grew up high on the likes of XTC and Big Star, and they’re still riding tall on the possibilities of pure pop.

Caroline Sallee is Alabama-born and now based in Austin, Texas. After completing college, Sallee upped sticks and headed to Yellowstone where she lived and worked as a waitress in pursuit of isolation as a means to independence. She then travelled solo by bus around the US, taking the long way back home where she recorded her debut as Caroline Says in her parents’ basement. The intimate 50,000,000 Elvis Fans Can’t Be Wrong was initially released on cassette in 2014 and the excellent Western Vinyl has reissued it as a gateway to Sallee’s next album due February next year. Sallee’s internalising of travel’s fleeting nature deliver quick but vivid portraits in her songs that leave you guessing and thinking, deftly tracing around reflection and reminiscence, assisted by the foggy warmth of the lo-fi recording.