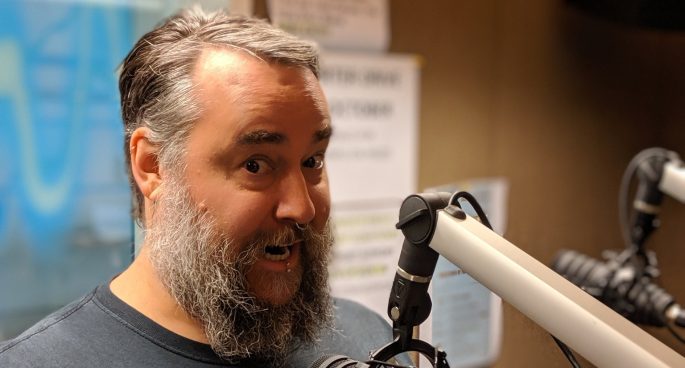 “There was a really fertile cross-breeding of (musical) scenes… and I think those sort of moments crystalised the power of community radio then – that community radio allowed these physical scenes to happen and by simply programming not necassarily compatible music styles next to each other. It created this fusion sound.”– Seb Chan

Both Luke Dearnely and Seb Chan started at 2SER in 1995, with Luke staying until 2010 and Seb staying until 2007. The pair ran the long-running electronic music show ‘The Paradigm Shift’ and hosted the legendary series of Freaky Loops fundraising parties, which at times attracted up to 6000 punters!

Luke is now a freelance technical consultant, web developer and project manager whilst Seb is the Chief Experience Officer at the Australian Centre for Moving Image in Melbourne.

They joined Alex James to chat about their time at 2SER and the importance of community radio to champion diverse musical styles.