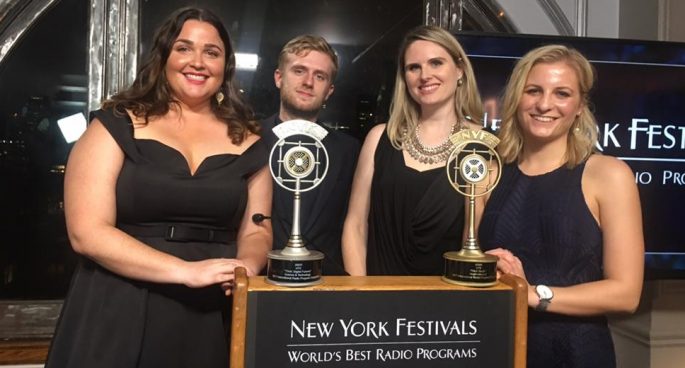 Great news at this year’s New York Festivals International Radio Program Awards where 2SER has been awarded a gold medal in the Health/Medical category for Think: Health and silver for Think: Digital Futures in Science and Technology. Think: Sustainability also received a finalist certificate in Environment and Ecology.

Announced on June 19th in New York, the awards honour the world’s best radio programs, receiving entries from radio stations, networks and independent producers from around the globe. This year 336 finalists were selected from entries submitted from 32 countries.

2SER Station Manager Melanie Withnall has said, “Up against large national and international radio broadcasters including the ABC, SBS, CBC, BBC and Swedish Radio we are over the moon to be recognised for making some of the world’s best work in radio broadcasting.

“The collaboration between 2SER and UTS academics has allowed us to make such great quality programs and we look forward to making more into the future.”

Here you can find a full list of the winners and finalists for this year’s New York Festivals International Radio Program Awards.