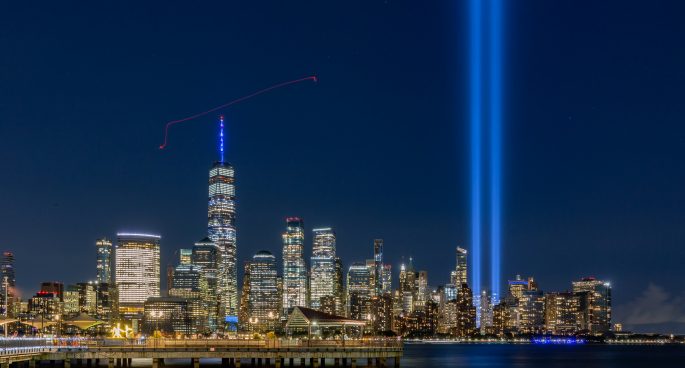 Journalists Prue Clarke and Nick Bryant joined Tina Quinn on The Daily to discuss their experience’s in the United States covering the 9/11 terrorist attack.

Prue Clarke is an award winning journalist and media innovator. She began her career as a Cadet Journalist with the ABC, and has gone on to work with other broadcasters such as the BBC and CNN.

Her work has also appeared in The Washington Post, The New York Times, The Guardian and the Financial Times, who she was reporting for in New York on the morning of 9/11.

Nick Bryant spent 27 years with the BBC, most recently as its New York Correspondent, although after nearly three decades with the British public broadcaster he has now relocated with his wife and children to Sydney, Australia.

He authored the book When America Stopped Being Great: A History of the Present, and is now the host of a new podcast, called Journo, which is being produced with the Judith Nielson Institute For Journalism & Ideas.
He was the BBC’s Washington Correspondent at the time of 9/11.