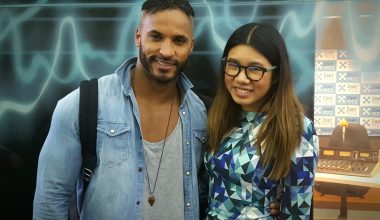 Gracing us with his presence was Ricky Whittle who plays Shadow Moon, the lead protagonist in the TV adaptation of Neil Gaiman’s acclaimed novel American Gods.

Sophie caught up with the British actor when he was in Sydney to talk about the show’s grandeur, how it expands on the novel’s narrative and working with the legendary Ian McShane.