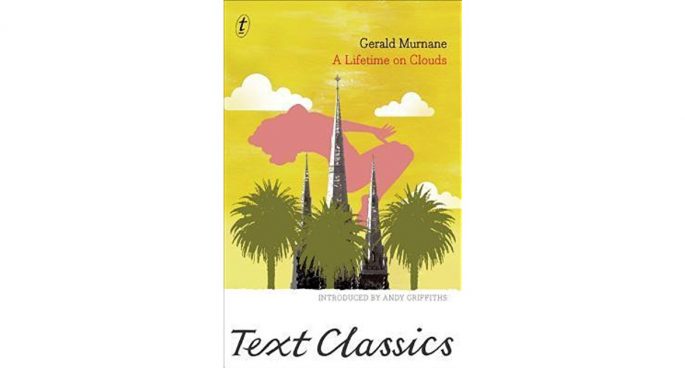 The Australian Classics Book Club explores seminal, lost and hidden treasures of Aussie letters. Every month Andrew gets together with David Winter from Text Publishing and along with a special guest they explore what makes an Australian Classic, and how these works have shaped our national culture and identity…

Gerald Murnane shot to public attention recently with the publication of the New York Times’ article ‘Is the next Nobel Laureate in Literature Tending Bar in a Dusty Australian Town?’ It’s a long time coming for the cult favourite whose writing is beloved, if not well known across Australia. In this month’s Australian Classics Book Club we go back to Murnane’s second novel, the drily comic ‘A Lifetime on Clouds’.

A Lifetime on Clouds

It’s 1950’s Melbourne and Adrian’s nightly adventures and vivid imagination do not sit well with his strict Catholic upbringing. The priests at his school have little to offer besides penance and his friends are just as bad as him. Can a vision on the train to Swindon and Adrian’s copious imagination combine to save him from hellfire?

In the Book Club

In this month’s book club Andrew is joined by David Winter and Andy Griffiths.

David Winter is a senior editor at Text Publishing. Text produce the Text Classics range from which we select our Aussie Classics each month.

Andy Griffiths is the author of a multitude of books for children including The Treehouse series, and The Day My Bum Went Psycho. Andy has also written the introduction to the Text edition of A Lifetime on Clouds.