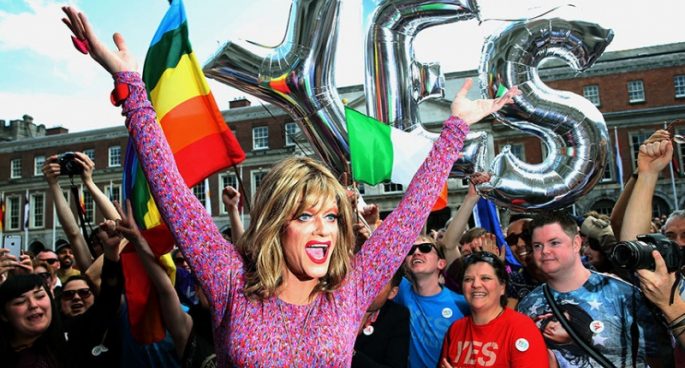 Should Australia look to Ireland when it comes to a referendum on same sex marriage?

In November last year, Ireland legalised same sex marriage after a referendum to change the country’s constitution was passed.

Ireland was the first country to legalise same sex marriage by popular vote, with almost two out of three Irish citizens voting to recognise marriage irrespective of the sex of the partners.

So is it time Australia followed suit with a referendum for marriage equality?

We were joined by Irish comedy queen Panti Bliss to find out more.