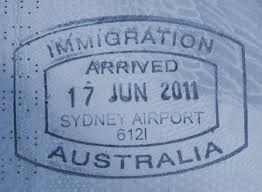 This week in Australia was yet another tumultuous one, as the debate raged on about the government’s stance on immigration, visas, citizenship, Tony Abbott, and why that Stewie Griffin in the flesh shock jock, Alan Jones wants a piece of the Turnbull pie.

But clearly, resoundingly, the main argument is that of immigration. Asylum seekers, refugees, immigrants, good for nothing ne’er do wells, cockroaches, however it is that you choose to view them, the fact of the matter remains; that no matter what policies are enacted to limit and prohibit their entry into Australia, until the world becomes a place that doesn’t create death, suffering, and displacement over who controls pipelines, there will always be more. And they will want to come here.

So this week, this typical kind of week in Australian politics, Malcolm Turnbull announced sweeping so-called changes to the 457 visa system, which he purportedly abolished only to replace it with a split yet incredibly similar program (take that Paul Ryan), and changes to the citizenship process, which as usual were met with shrieking disdain from the left side of politics, and muted “hear hears” from the right.

This week's episode features a real-world solution to Australia's immigration problem, a look at the bleak world of news, and all the usual sound effects, songs and general nonsense.