Australians Look Into The Future 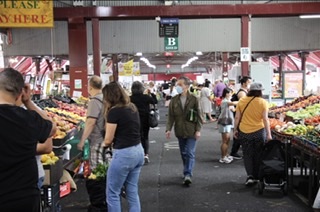 With so much of the country experiencing lockdowns, uncertainty has come to define what each week will bring for many Australians. When we’re feeling particularly adventurous,  conversations might stretch to the state of the country by the end of the year –  but rarely beyond that.

At The Wire, we were keen to push out this timeline and ask what sort of country Australians would like to call home in 2031. Evan Wallace visited the Queen Victoria Market to see whether individuals were willing to look beyond the pandemic and a new dawn.