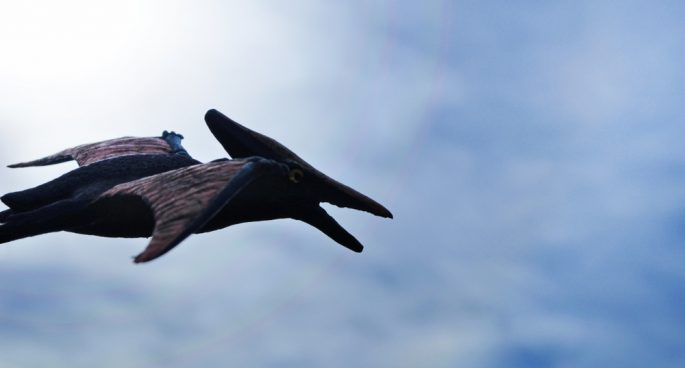 Pterosaurs, now extinct, are the name given flying reptiles, and have been found fossilised across Australia. Emerging research lead by the Dinosaur Lab from the University of Queensland has uncovered another one, given the name; Thapunngaka Shawi.

From just a fraction of what would be the total skeletal system of the Pterosaur, a team lead by Mr. Tim Richards have estimated not only the size and shape of the dinosaur, but also the manner in which it hunted prey.

Listen in to learn exactly how the Thapunngaka Shawi survived all those years ago.

Featured In Story: Mr. Tim Richards; PhD candidate and leader of the research team at the University of Queensland’s Dinosaur Lab