Australia’s Immigration Policies on show at the UN 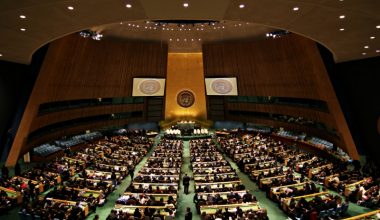 Tomorrow (21st September), a Leaders summit regarding refugees and the UN will be hosted by US President Barack Obama. Prime Minister Malcom Turnbull, alongside Immigration Minister Peter Dutton and Foreign Minister Julie Bishop, will be attending on behalf of Australia. The federal government has touted our border policies to be the “best in the world”, however many advocates see it differently. What exactly is our immigration policy, and will it stand up under the international spotlight?  Stephanie Anderson, Political Reporter for the ABC spoke to The Daily about what might happen.

Australia’s Immigration Policies on show at the UN