The Back To Funk Radio Show has been broadcasting since 1980, making it one of Sydney's longest running radio shows. Not only has the show been a long-time fixture on Sydney's airwaves, but over the years fans have also been treated to rare interviews with funk heavyweights such as George Clinton, Kool Bell (Kool & the Gang), Charlie Wilson (Gap Band), Fred Wesley, and in 1988 Back To Funk featured the only Australian interview with James Brown's Band. Other guests over the years have included Mr Scruff, Jamie Liddell, and Lance Ferguson from The Bamboos.

The History - Back to Funk boasts a massive on-air history of 35 years. During its long history the show has made an important contribution to the Sydney Dance Music community, and was in fact the first dance music program to appear in the 2SER Monday - Friday Afternoon timeslot. Originally named From Punk to Funk, it was John Potts who created the show for 2SER around 1980. The show began as a music history show, and each week was dedicated to a different genre of music. Brent Cluss joined the show in the early 80's and was soon after joined by Heidi Pasqual (Creative Vibes). The show continued through the 80's and became Back to Funk around the late 80s / early 90's. Fellow label mates from Creative Vibes joined Heidi in the early 90's - firstly Peter Pasqual (1991), thenGordon Henderson (around 1993).

Other contributors and presenters have included Tim Ritchie, Miguel DeSouza and Robbie Sevellies. In 2004 the program was passed onto Meem, who continues to host the show today.

Back to Funk currently broadcasts every Monday from midday till 2pm. Each week Meem resurfaces oldfunk, disco and boogie gems while also exploring a diverse range of all other related styles including Afrobeat, Hip Hop, Funky Reggae, Soul Jazz and more. Tune in Every Monday for interviews, new releases, and a huge array of forgotten funky masterpieces. 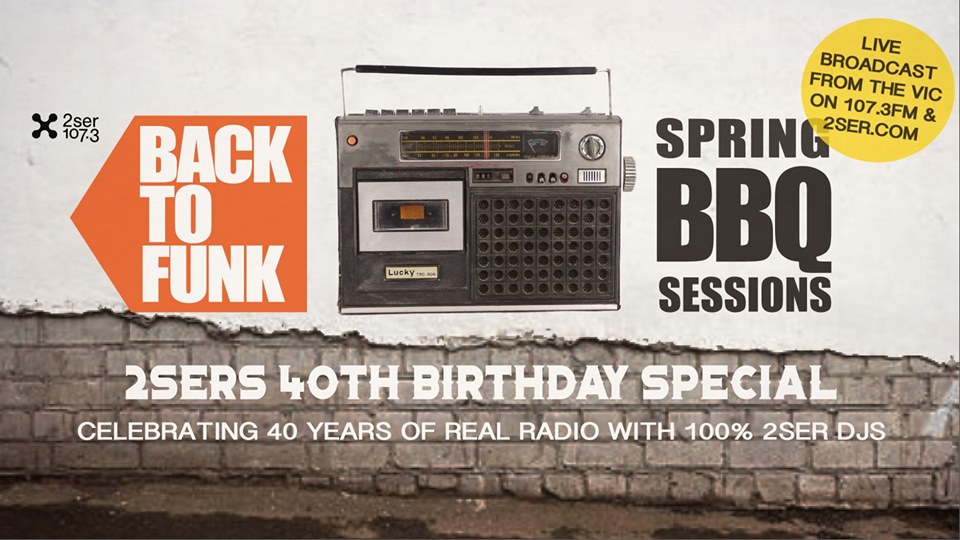