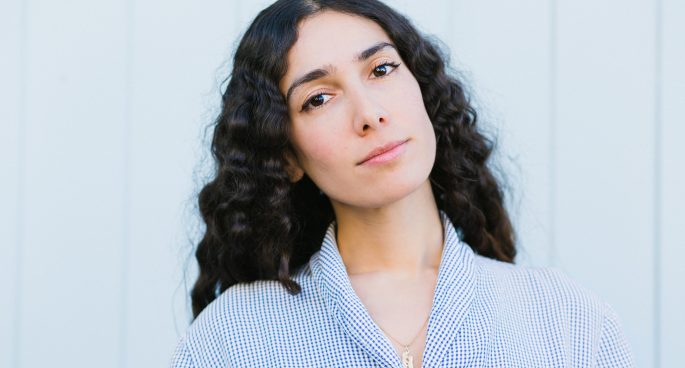 New music from Bedouine, The Bombay Royale and more . .

How is it that a Syrian-born woman that lived her formative years in Saudi Arabia makes an exquisite debut record that sounds like a humbler take on Patsy Cline’s country glamour? It’s because Azniv Korkejian’s debut under the name Bedouine is a fine example of music as a truly universal language we can all inhabit any way we want. Another person who knows this all too well is Matthew E White, the man who’s made it his mission to create music in a dual vision split between Lee Hazlewood and Quincy Jones, and his fingerprints are all over this self-titled effort. With an unabashed vintage feel featuring full blown horn and string sections, there’s a stark but breezy way to Korkejian’s songs with arrangements that nudge the symphonic, using some restraint and a country-folk lilt to reflect the gentle yearning at the heart of this enveloping album.

Makan Neghaban is a LA native who has made his name there as a painter before embarking on his musical project, Pomdip. My guess is that he paints colourful abstracts just going by his album A Jar at The Jamboree, full of the kind of kaleidoscopic, tropical-tinged percussive electro-pop that’s a kindred spirit to Animal Collective or Panda Bear’s solo jaunts. It’s super happy and joyous stuff – a delightfully oddball concoction measured mainly in its undeniable sweetness. His inspiration? Well, the music of Harry Belafonte for one and the want to make music that sounded like a Persian quilt looks. It all makes perfect sense now, as A Jar at The Jamboree is bright, textured and there is much to take in. It may be a little non-linear but there’s a great depth of feeling here.

Somewhere along the way to recording their new album Run Kitty Run, the Bollywood-fuelled funk collective from Melbourne, The Bombay Royale discovered old-school new wave New York style from around the time Blondie and Talking Heads were treading the boards at CBGB’s. This new tilt on their sound takes their cinematic and rose-tinted grandeur to new rock highs with a heightened sense of melody to make this their catchiest yet. Once again as per previous efforts from the band, Run Kitty Run has been conceived as the soundtrack to a lost film. As soon as they drop the instruments and bring out the camcorder, 2SER will put on the festival!