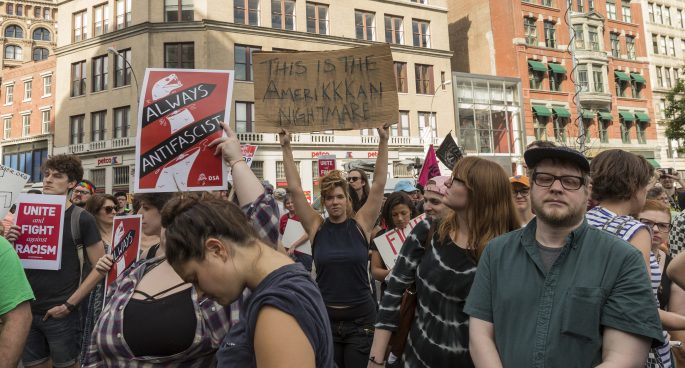 The news out of the United States this week has all been on Charlottesville where clashes between neo-Nazis, white nationalists and counter-protesters turned violent, one incident being described as a far-right terror attack which claimed the life of an anti-racism protester. Have you wondered what it must be like to be on the ground during one of these rallies taking place in the US right now? Joining me now is Haley Pessin, a Black Lives Matter activist from New York and leading member of the International Socialist Organisation, who’s in Sydney this weekend to talk at the Socialism 2017 conference at University of Sydney.

For talks and more info about Socialism 2017, visit the website.