Can a Hashtag Save a Life? 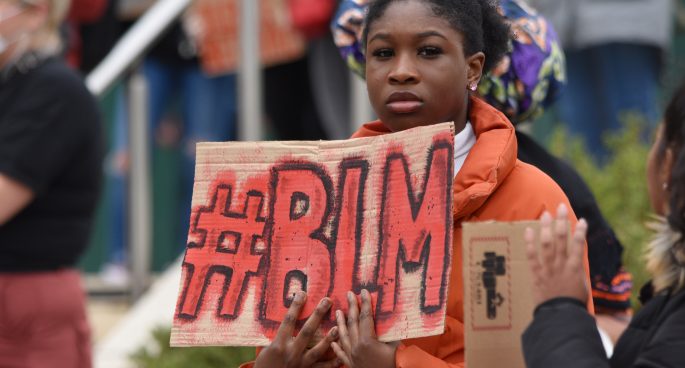 After The killing of George Floyd by Minneapolis police officer Derek Chauvin in 2020, the movement of Black Lives Matter (BLM) made national headlines and garnered international attention around the world. BLM is a decentralized political and social movement that advocates nonviolent civil disobedience in protest against police brutality and all racial violence. The broader movement and related groups often advocate against police violence against blacks and other policy changes perceived to be related to black liberation, which began in July 2013 when the hashtag #BlackLivesMatter began to be used on social media.

Activists not only from America and  all over the world are trying to direct local political concern with online protest actions. However, on the basic stage, how do they organize the protest? Use hashtag properly is an effective way. We are in an era when the internet is very developed, at the same time of gathering and absorbing information online, you might pay more attention on the daily topic trending. You need to know what is happening in the world, or in your community. So that’s how activists found the way of organizing people to do online protest. Rather than protest on the ground, it seems easier for people to engage in protest, as you don’t need to see each other in person. More importantly, you can the power of hashtag helps the topic go viral, the example I will take is the hashtag #blackouttuesday and #blacksquare. One day in May 2020, you might have woken up in the morning and wondered why people online started to post black square picture on Instagram or Facebook, with the hashtag #blackouttuesday and #blacksquare. As soon as you clicked the hashtag, you would see what was happening and what you could do with that. That’s the power of hashtag.

However, conflicts may arise. Does those online hashtags and online protest actions really help out those people who are impacted? Do people really care about that? And does it have any practical effect? Tooba Farooqui, one of the activists gave the answer: the development of online protest action is the first step of the engagement. Specifically, it shows that at least people are willing to do such things. In the meantime, social media is an unreliable way of figuring out who’s engaged, and who’s willing to participate in protest actions, since it’s harder to get political commitment online, even though it shows that the amount of people participating online is more than offline. Those social media movements showed people power, and it provides an opportunity for us to connect with those people who are impacted, and importantly, it draws social attention.

The hashtag and online social media platform helps us reach more people that we can’t reach in person. Fights and controversies continue in different forms, online or on the ground. It’s always easy to react and express your emotions and feelings online without thinking since you don’t need to see others in person. The thing is, we need to use up social media tool positively.

Listen to the full episode of Think: Digital Futures: Can a Hashtag Save a Life? here.

As we get closer to the launch of the…

Space, the final frontier. Humanity in the past century…

To many of us, seaweed is an ingredient that’s…

Ever wondered if you were being monitored, if your…