Choker: get ready to peak 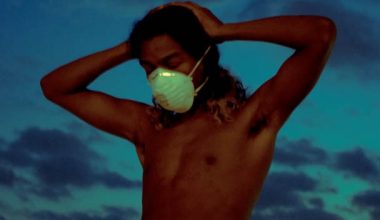 A 21-year old from Michigan, Choker isn’t giving much away about himself other than his real name being Chris, however he is offering up his debut album Peak on his bandcamp for free. Like Chance the Rapper, Choker takes the soul of Stevie Wonder’s expansive 70s work into the contemporary realm of hip hop and r n b today. But perhaps even more , Peak seems cut from the same frayed ends of Funkadelic’s psychedelic unhinged and loose spirit to assume a darker alter-ego to Chance’s sunnier disposition. A dizzying mesh of song spanning psychedelic rock, funk and soul compressed into a dusty hip hop blueprint, Peak spills as much feels as musical ideas, unravelling in epic fashion before retreating into tiny, intimate reveries. Vibrant joys is in constant push and pull with loss and disconnection, and its giddy swirl is emblematic of life itself, more than any perfect pop song could ever be.

Kardajala Kirridarra are an all-female Indigenous quartet from the Northern Territory who sing half the songs on their debut album, Bardakurru Ngurra in the rarely-heard Indigenous language Mudburra. The group’s name translates as ‘sandhill women’ and together they sing of the importance of women as creators against a backdrop of sounds from the bush – seed pods and thunderstorms for example – woven through a melodic and ambient style of electronica. Theirs is a truly rapturous sound, both gossamer-light and all encompassing, with stories from the oldest living culture passed down and rendered beautifully.

As Waxahatchee, Katie Crutchfield has burst out of the home recording style of her earlier work for her punchy fourth album Out In The Storm. With her previous album Ivy Tripp a tentative foray into a full-blown studio with a band in tow, Out In The Storm doesn’t shy away from its 90s indie-rock leanings by pairing Crutchfield with producer John Agnello, known for giving a trademark crunching guitar kick to the likes of Sonic Youtb and Dinosaur Jr. Similarly, Crtuchfield excels at another 90s trait, laying herself bare upfront of the blast. There’s tough talk and reflection on Out In The Storm that offsets the newfound shimmer and polish to her sound. Crutchfield still has a way with her song that sounds as though she’s sharing her diary with you, but now she’ll kick out the jams at the same time.