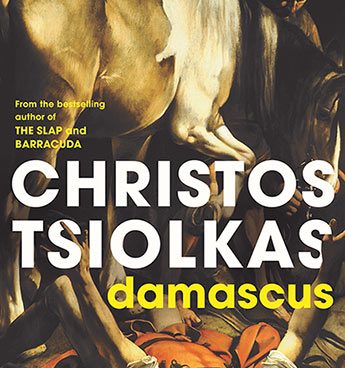 Christos is an author, playwright and essayist. His novels include Loaded, Barracuda and The Slap for which he received Booker and Miles Franklin listings.  Today Christos is joining me to discuss his latest novel Damascus.

Damascus tells the story of Saul of Tarsus. Saul was a Greek speaking Jew, a tent-maker who some two thousand years ago was met on the road to Damascus by a blinding light and was convinced that he must bring the teachings of the Jewish prophet Jesus to the world.

This is a story perhaps well known to many while others may not have encountered the tent-maker whose letters came to spread Christianity to the world. In Damascus Christos Tsiolkas takes the story of Saul the man and explores his life and the origins of the early church.

Join me as we discover Christos Tsiolkas’ Damascus